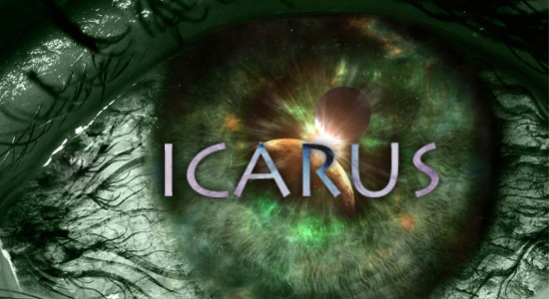 Luna, God but she is a harsh mistress.

I won’t be beaming this to my Sat-Blog and if anyone ever reads this, it’ll be long after this is done. For now, I’m going to keep it for myself. Just in case. I don’t think they can tamper with it here.

Luna is locked down tighter than the sub-orbital penal colonies. There are blood scanners here, the kind that prick your finger to test your DNA. Then there’s retina scans and voice-print IDs, and that’s all just to enter the staging area for the Icarus.

I saw the damn thing today. It’s half a kilometer long and nearly solid metal, the kind with light-absorbent ablation plating. That stuff is used to take in the light of the stars, and convert the radiation to energy for the drive system. Pretty standard stuff but the level of ablation is ten times higher than the UN’s military vessels. What kind of radiation are they expecting? The Time-Vortex Tunnel puts off very little or so the egg-heads told us.

I trust the scientists as much as I trust anyone on this project, but what worries me is the military being attached with NASA up here. They walk around with armed weapons and fighting suits. I’ve never seen a Zero-G marine before, but the bulky armor reminds me of something straight out of The Forever War.

I’ve had two physicals since I arrived around 2300 last night. They gave us the first one, a full turn-and-cough detail, the minute we stepped aboard. We exited the airlock, had ourselves a quick look around the stark, white hallway and then off we went to the medical bay.

My quarters are located near that medical bay. They have no windows and are about the size of a college dorm room, just big enough for a twin bed, a small dresser for clothing and a bathroom with a cramped shower and toilet. The toilet is an honest toilet, not a suction job. Gravity on Luna Base has been increased through science, something about electromagnetic fields. I’ll have to ask one of the engineers about it sometime.