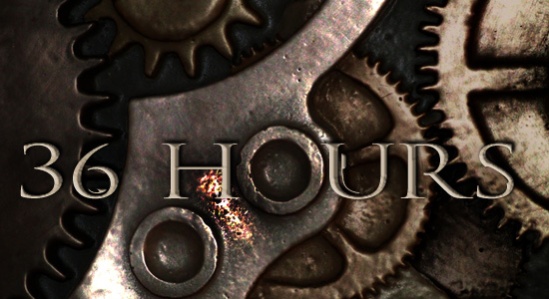 A gunnery sergeant arrives and asks for me. I stand and go with him to the firing line where he directs me to my little sniper hole. “Southwest, to the left of the wire,” he says. I look where he indicates and frown. “Mortars,” I say, sighting down my scope.

“Are they trained on our position?”

I flip down a few lenses and adjust the sighting but find no way of knowing for sure. I shrug. “I don’t know sergeant.”

“Pick off any crews that come to man it, I’m alerting the Captain.”

“What’s up?” Kat asks a moment after the sergeant has gone.

“Mortars setting up along the line by the forest,” I say, nodding toward the area we’d been gassed the night before. “He wants me to pick off any crews I find.”

Kat hisses through his teeth and tosses his cigarette into the muck. “Damn them. Half a day to go.”

“If help comes,” I say and sight back down my scope. The mortars are firing test rounds from below the trenches. I can’t find a single target to sight in on.

For almost an hour I watch the weapons come into being. The only enemies I see through my scope are negroes who don’t look like they signed up for the task. I avoid even attempting a shot at them, even just to scare them off, in case another sniper is watching for me. I’ve heard of sniper duels between the armies. One simply needs to make the first mistake to die.

I finally concede that there is nothing I can do and sit back with Kat. Worm joins us soon after but says nothing. We are grateful for his silence.

Somewhere down the line an explosion is heard. Worm jumps up and grabs his rifle, hurrying to the firing step. Kat waves him down, and when he sees that we aren’t moving, he comes back to us. Explosions are commonplace to us now, as familiar as a school bell.

“What was it?” Worm asks, scratching at his neck. Kat glances down the line and shakes his head. Men rush by carrying a youth on a bloody sheet. Despite Kat’s warning, I look. Pox stares up at me with half a face and a neck that still spurts blood.

Numbly, I sit back down at my sniper hole as Worm vomits up his meager meal. I don’t look out. The whole thing seems so pointless. We are simply waiting now.

“That was our own battery,” Kat says at last. “The barrels are too worn, they’re landing in our trenches now.”

A part of me knew that’s what he would say. For Worm it’s almost too much. He begins to shake and pray so loudly that it irritates me.

I look down my scope again and see movement this time. A squad of Johnnies are moving into place. I quickly tell Kat and he pulls a whistle from his belt and blows it.

I level my sights on a metal helmet that ducks behind the mortar across from me. He is doing something to the back of it, adjusting its level perhaps. I exhale slowly and draw in a small breath, then hold it. My body goes still, steady as stone and rigid as the barrel of my rifle. My finger is the only part of me that moves as it tightens on the trigger.

During the attack I killed with my bare hands, but I was out of my mind then. I was not Thomas Adken, eighteen years old with mind for lines and geometry. In those moments I’d been a soldier, frenzied and bloodied. Now I am calm and collected and when the bullet strikes the Johnny in the forehead, just below his helmet’s rim, I know I am a murderer.

I go far away. In my mind I am on Lia’s back porch with her head in my lap. I’m stroking her hair, listening to her voice, kissing her fingers. I’m feeling the softness of her against me and the love I miss so much.

My body acts as if possessed. It moves quickly, shifting my sight from mortar to mortar. My breathing is in time with my shots. Reload. Exhale. Short inhale and hold. Fire. Shift. Reload. Exhale. On and on. In less than a minute I’ve killed five men before they even know what’s happened.

“Incoming!” Kat yells and I pull my rifle from its sniper hole and shove myself against the trench wall. Kat pushes Worm against me and I hold him there, though the boy struggles and cries out. “What is happening? What is happening?” he cries.

The shells fall. First they fall in front of us, their echo heard less than a second before the blast shakes the ground. Dirt and mud and broken stone rain down on us. I undo Worm’s jacket and pull it over his head to protect it from the falling debris for he has no helmet.

Metal wire and pieces of proxy mine fall like hail into our trench. The bombardment thickens, striking the parapet in front of our trenches. There is a direct hit and I hear men scream. The earth erupts. It shifts and shakes us, roaring in our ears. Darkness engulfs us as earth and human remains rise up like a great wave and crash down on us.

I dig myself out and find Worm and Kat doing the same. Worm is screaming for help. He says that he is wounded but I see nothing. It is deliria, he’s frantic and I slap him. Further down the line I see my old letters teacher wandering toward us. The trench between our positions has been blown apart and only two feet of it remains. One of his arms is missing at the elbow. He steps into the open area and turns, simply staring across the void and toward the enemy lines.

I make no move to help him. My lips do not move to shout a warning. Is this not a mercy? Do I do him a favor by letting his ignorance and shell shock bring him a peaceful end? Worm is crying out and I reach my arms around him. I hold him to me. When the inevitable happens, and a second shell finds the man known as Richard Kirney, Worm turns and weeps against my chest.

The barrage lifts behind us and I am next to Kat with my rifle. I leave Worm where he curls up at my feet. The attack has come and we begin with the bombs.

We throw into the midst of the poor devils who run at us so stupidly. They are all defenseless against the explosions that tear at their flesh, can do nothing to save themselves from the torrent of rifle fire. That is all the sympathy I have however, for their numbers soon push into the opening their barrage has given them.

It does not quite come to hand-to-hand combat. We throw bombs and fire like mad men into the hole where Richard Kirney died. Johnnies pour through it like rats fleeing from water. We fire and fire and fire. We retreat and throw bombs, hook up with other units that are more numerous and more organized.

In time the attack is thrown back. Our batteries open up on them as they flee across No Man’s Land. This time we do not chase them but lay exhausted against what remains of our trench walls. Soon, perhaps only minutes after it began, I am standing next to my sniper hole again.

Worm lay in the mud, his knees drawn up to his chest and his arms wrapped around them. At first I think he’s gone into shock but when I shake him, I know. Kat lifts him like the child he is and gives him to the litter-bearers as they come by.

“Gut shot, must have happened in the attack,” says Kat. He is shaking his head. We share a look and I nod, agreeing. We failed to keep him alive. He was only sixteen years old, what did he know of shell fire and trench raids?

“We should tell Len,” I say to Kat and we stop the bearers again. “If its all the same, we have a favor to ask. We have a friend at the medic station who will like to know.”

The two men exchange a look and then regard me with an expression I do not like. “What is it?” I ask, but something forms in my stomach and clutches at my heart. No. No not this. No, surely not this.

“Sorry guy,” the one says. “The station was hit in the bombardment. There’s nothing left.”