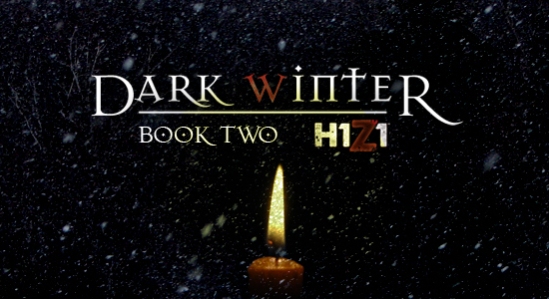 This is Double D Kennedy again, and I don’t know how to begin. I have traveled all over the country since it began and there is something I need to tell you. No, the end isn’t here. No help isn’t coming. That’s not it. In fact, I don’t think any help is ever coming.

Because help is here. It’s everywhere. I have seen so much, talked to so many people and heard their stories, and I’ve discovered one thing. With very few exceptions, Hope exists. In fact, it exists everywhere.

In the Blue Ridge in Virginia.

And here, outside of Geneva, New York.

Hope is everywhere. Wherever there is a permanent settlement, it’s almost inevitable that they name it Hope. Or Last Hope. Or New Hope. It says something about us, as a people.

Tape 88 was almost my last recording. My luck just about ran out in Watkins Glen. I took shelter in the hotel there, trying to wait out the rain. I didn’t think the winter was going to end, but when it did? Oh man, the rain came down. I was soaked and cold and I just wanted some place to rest.

That’s when I saw the worst of humanity. They were armed with bows and a machete or two. There were three of them I think, but I can’t quite remember. They came at me just after I got inside and I barely had time to run.

I’d never been shot before, not by an arrow anyway. It was like I’d been hit with a sledgehammer, or a truck, or something like that. I couldn’t breathe or stand up or anything. I thought it was over, that my journey had come to an end.

My attackers started rifling through my stuff, tossing it on the ground and taking my food and water and even the pistol I’d obtained. When they found my tapes, they didn’t know what they were, or didn’t understand, I don’t know. They started asking me what they were for, saying they’d shoot me again if I didn’t tell them.

I don’t remember what I said. I probably didn’t say anything at all because I was in some serious pain. I do remember that they crushed two of my tapes. Tapes 74 and 48. My second journey with Hayshaker was on 74. It was one of the best weeks I’d spent with another human being in a long, long time.

Did you know he was an artist? Neither did I. And now the world won’t get to hear that story.

I was so mad, so filled with… I don’t know, rage I guess, that I damn near stood up. I was going to kill them, going to get revenge for Hayshaker’s story and for Grandma Tiller’s and for Joel’s and so many others’.

But that only happens in stories, doesn’t it? I was too weak with pain to do anything. I took one step before everything went hazy and I fell again.

Some hero I am.

Then this car showed up. I’ve seen ones like it on military bases, a humvee I think. It was just suddenly there and I heard shouting. I looked up and there were these people. They had rifles and were aiming them, not at me, but the people who shot me.

One of them came to me and helped me up. It was a girl who, despite her small size, was stronger than I imagined. She got me into the humvee while someone else got my things. I was pretty much out of it by then, but I swear I heard gunshots once they got me inside.

I don’t know how long we drove, but we drove fast and they took me to their camp. It’s just south of Geneva, in an old wine orchard. They call it New Hope and like the Hopes I’d seen before, it was filled with people surviving and making new lives.

It took me a few days to recover. They have a doctor, her name is Tricia Richards, and she saved my life. She didn’t want to be interviewed and I respected her privacy, but I could tell something had happened to her. In the time I’ve spent here, she’s never once taken a moment for herself. She stays with the sick or injured constantly. I’ve never seen anyone so devoted to saving lives.

One of her patients is also one of her assistants. Apparently she has some kind of illness that attacks her immune system. When I met her, I could tell she wasn’t much younger than I am. She was thin, almost frail looking, and couldn’t spend much time moving around. When she could, she helped Doctor Richards.

Her name is Katie Fox. I don’t know what illness she has, and neither does Doctor Richards. She takes her blood regularly but their equipment is pretty rudimentary. They have some solar panels running a few machines and it’s pretty much amazing what they do with so little. They’ve produced plasma and stored blood for injuries.

Still, I get the feeling they’re hiding something here. I don’t know what, but they’re doing something with blood. Doctor Richards won’t talk about it, but I see how carefully they guard their machines and the stored blood. It could be simple caution and it probably is. These people saved my life, I think I owe them a little trust.

I got to meet the people who saved my life today. There were three of them. They’d been tracking my attackers for days and it was dumb luck that they caught up to them when they did. The first one was the driver, Bill Henderson. He was a jovial man, fond of the distilled moonshine he made here. When I told him what I did, he laughed and told me his story wasn’t that interesting, but he did tell me one thing off the record.

Whoever started this thing, it wasn’t Kurama by itself. He didn’t tell me how he knew this, just that if I ever met up with a guy named Allen Kirchner, I should ask him about it. I’d never heard of Allen Kirchner until now and when I asked about him, all Bill could tell me was that he was a scientist connected to the Department of Defense. I’d heard rumors about our government being involved before and if this was true, this Allen Kirchner is a pretty big piece of the puzzle.

I met up with James Fitzpatrick by the water collection barrels. He’s an interesting guy. A former Air Force pilot, he’s taken to being part of the security team in New Hope. James didn’t want to talk much about himself, but he said a great deal about a woman named Elena and that sometime, maybe soon, he was leaving to find her. He didn’t want to go on record either, but urged me to talk to someone else, the girl who picked me up out of the mud.

Her name is Lindsay Volk. I found her out on the wall, crouched with her rifle, watching for zombies. Now that I finally saw her in the daylight, I couldn’t believe it. She was maybe five foot one? Five foot two? Her hair is short, even shorter than mine, and a really lovely shade of red. She’s so young and looks almost innocent, but I know better.

When I sat down to talk with her, she didn’t say a word until I introduced myself. She wore combat boots, faded military fatigues and a bulletproof vest. She held a pretty fancy rifle and I believed she could use it.

Even before she spoke, I knew it was going to be hard for her. I’ve seen a lot of people during my travels. Some of them are scared, some hopeful, and others are haunted by what they’ve seen or done. Lindsay had a mixture of all three, but all contained with this kind of quiet resolution.

She had seen and done a great deal.

I realized then that I’d seen her before, in the hospital (such as it was). When I was in the care of Doctor Richards, Lindsay was always there, helping Katie when there was something to be done. She helped her leave at the end of the day, and brought her in at the beginning. I don’t know what there is between them, and it doesn’t really matter. It gives them both strength, I think, and there’s not much more you can ask for.

So when I asked her for her story, she didn’t answer for a long time. She just stared out into the morning sky, but what she was looking at I couldn’t say. We sat in silence for so long I almost gave up and stood to leave. I almost didn’t hear her when she started to speak and I had to fumble for my tape recorder. What she told me, I… well, you’ll hear for yourself in a moment.

This is Double-D, signing out.