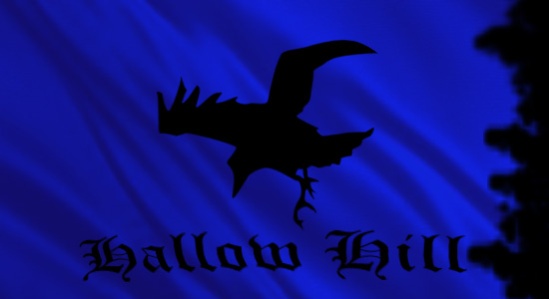 Over the next several days his father was laid in state at the temple of the Fates in Hallow Hill. Nobles and commoners came to pay respects to him before his bones were carried beneath the castle to rest with other heroes and noblemen. Paul rode with Jack down into the depths of the Hill’s catacombs, bearing his father’s body on a cart. They laid him to rest on a stone slab that bore his name, title and deeds and lit three candles. Paul said the words of blessings to the Destroyer to carry his father safely to the Halls of Valor.

For three nights he sat in vigil, and each night he extinguished one candle until Paul’s father was left in darkness forever. It was in those three nights of silence that Paul decided what must be done. END_OF_DOCUMENT_TOKEN_TO_BE_REPLACED

He woke in a soft bed with warm, woolen blankets pulled up to his chin. The mattress was made of feather and seafoam, or so Paul gathered by its softness. Somewhere he heard a fire blazing and felt its heat on his face. The dark began to peel away and he saw movement, an old man bent over with a cane for support. He wore the blue robes of a physician and knew instantly where he was. “Thegn Urval?” he croaked to his father’s personal physician.

The old man turned then and gave a wide-eyed look at him. “Oh my, Paulin!” he said and drew near, a potion bottle in his hand. “You are awake, then? Can’t say I’m surprised. That girl… she has the Talent, yes.” END_OF_DOCUMENT_TOKEN_TO_BE_REPLACED

The farmhouse was ablaze, fire sprouting from the thatch roof and billowing dark clouds into the gray sky. By the well, Tani stood with a broken spade haft in her hand. Blood ran down her temple and pooled in the hollow of her shoulder. Sitting astride Rock, Paul’s great destrier still in its raven barding, was the Bearkiller. In his hand was Paul’s sword. When he saw Paul, his grin was immense.

“Raven boy!” he shouted. “I thought I kill you!” Another great guffaw and he kneed Rock so the horse moved to face him. One of the destrier’s eyes was gone and dried blood crusted the raven helm. My brave horse, Paul thought. Suffered because of me. “Nice horse,” Bearkiller said, patting Rock roughly on the neck. The destrier bit at that hand but Bearkiller snatched it away and hammered the horse on the nose with a mailed fist. “But mean horse!” END_OF_DOCUMENT_TOKEN_TO_BE_REPLACED

It was on the morning of the twentieth day on the farm that Paul woke and sat up, rubbing his face with an arm that barely hurt. In the other room the grandmother was coughing horrendously and he could hear Tani try and coax her into taking a potion. Sighing, Paul glanced over at the silk doublet Tani had repaired for him. It lay folded on a chair with his boots, which were brushed clean. I don’t belong here any longer, he thought. I don’t belong at home either.

He crossed the distance to the clothes and picked up the doublet, looking hard at the black raven on the shoulder. His father once told him that they bore the raven because they kept watch for the dead, the bones of nobles were to be stored in noble graves, and those noble graves existed beneath Hallow Hill. The catacombs delved for miles beneath the earth, the bones of heroes both old and new lay silently there, a reminder of what nobles were to be: grand in life and quiet in death. Their stories were written in stone beneath their deathbeds. Already one awaited his father. But none will wait for me, the coward of King’s Road. END_OF_DOCUMENT_TOKEN_TO_BE_REPLACED

Paul landed on his arm and he had the breath driven from him. He coughed and sputtered, struggling draw air even as the pain in his arm curled him into a fetal ball once again. The girl was at his side then and he felt her rip open his sleeve at the stitching down the side. There was a small gasp and she pressed warm fingers to his arm. “What be your name?” she asked. It seemed an absurd question while she was kneeling there, his pain making any attempt at speaking nearly impossible. He had to concentrate, drive away that pain in order to form enough coherent thought to answer her. “Paulin,” he begain. “Son of Ga—“

A terrible wrenching pain overtook him as she pulled a large piece of wood from his bicep with a sharp, swift tug. He howled in anguish, turning his face into the ground and crying out that he wished he were dead, anything but that pain. “Your arm is bent up,” she said coolly and then the pain was nothing to the sickening sensation of his shoulder popping back into proper alignment. He retched where he lay and had to pull his head back in order to not swallow it again. His head swam and the world went white with pain. Hoping he would slip into unconsciousness, he rolled onto his back and closed his eyes. END_OF_DOCUMENT_TOKEN_TO_BE_REPLACED

He dreamed of the dead.

This one, like so many others before, took him back to Hallow Hill during the deep winter, before the Blood Plague came. The whole House came together and fires would be lit in the hearths as cousins and uncles would tell their tales of gallantry from the previous year. They would speak of exploits at the Bridge, a narrow pass through the vast mountains separating the east and the west, or across the Skipping Stones, a series of islands that bridged the gap between the Twin Cities that looked at one another over the Sea of Stars.   END_OF_DOCUMENT_TOKEN_TO_BE_REPLACED